I’ve been seeing these papier mache animal busts on Pinterest and on the internet all the time, so I was pretty excited to see if this would make a good lesson for my Intermediate students. I’ve taught papier mache last year, making small birds and those turned out pretty cool. This year, instead of using a flour and water mixture, we used a wheat paste that came in large buckets. Just add a little water and you can create a good paste for the mache. It’s less smelly than the flour mixture and attracts less bugs in the classroom. I demonstrated how to create the animal busts using newspaper and masking tape. This step required more time than I had planned, but creating a good form for the animal head is a very crucial step in order to have a successful animal bust. When all the animal heads were completely formed, we spent a few more days wrapping newsprint and newspaper around the busts. This time, I made sure to tear my newspaper up into strips instead of cutting them last year.

To create the plaques for the backing, we used leftover cardboard from the store room. The students created their own shape by drawing and cutting out templates of their own. (This can easily be down by folding a piece of paper in half, drawing the shape and then cutting it out to create a perfectly symmetrical shape) When the animal busts were completely dried, we painted it using acrylics and glued it down with regular Elmer’s glue, which works just as well as super glue if you let it fry over night. I think when I tackle this project again, I would definitely allow more time. Its a tedious three step project ( taping, papier mache, and painting ) that requires much drying time. 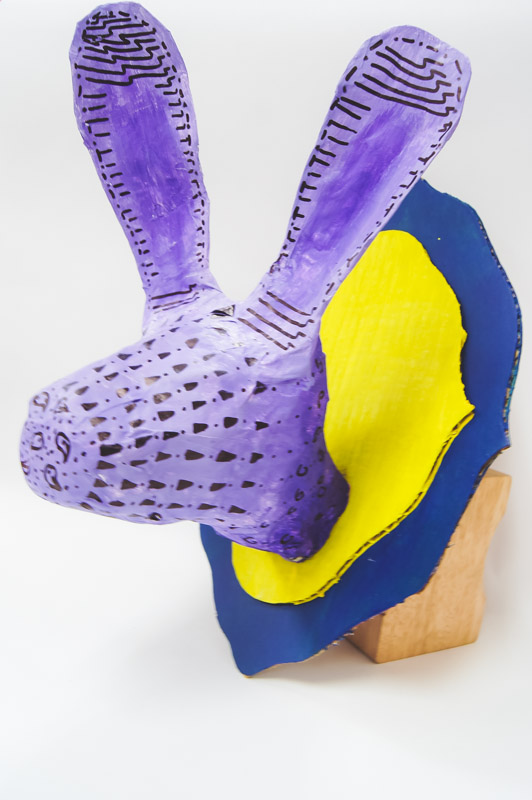 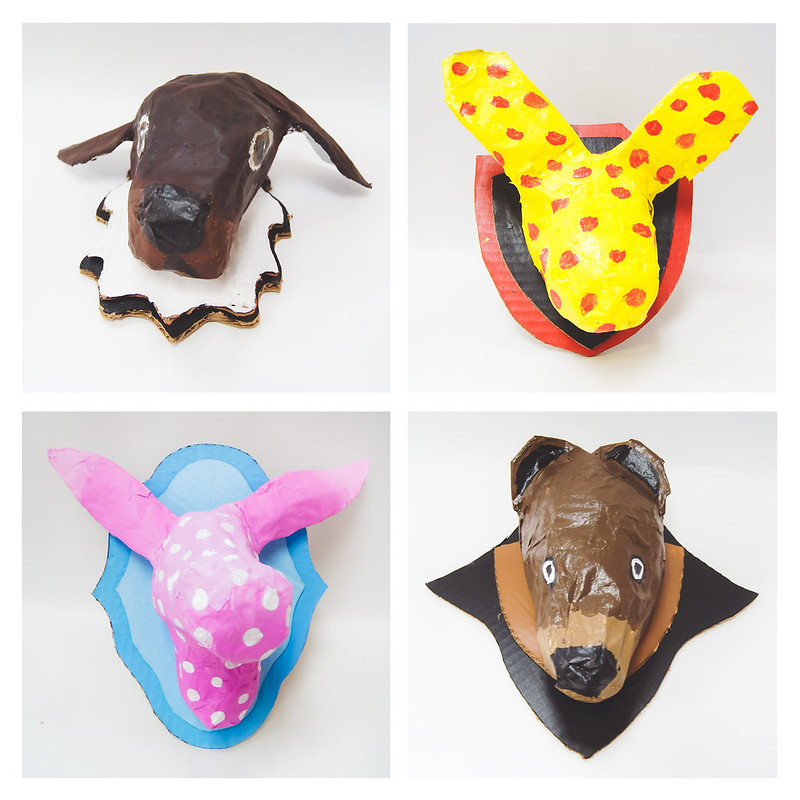 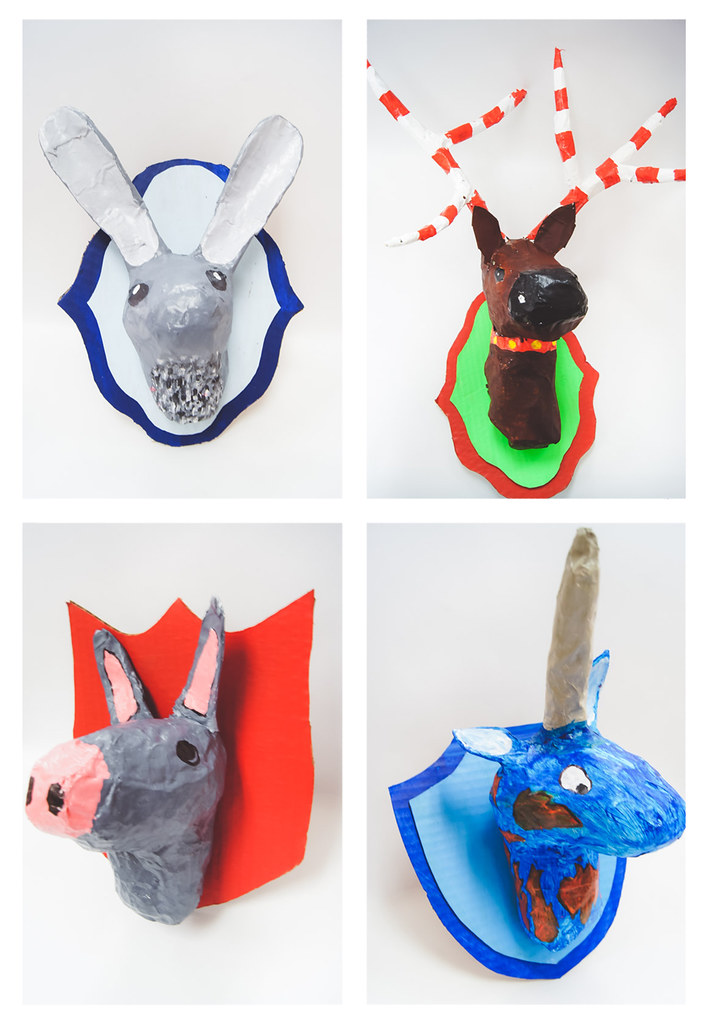 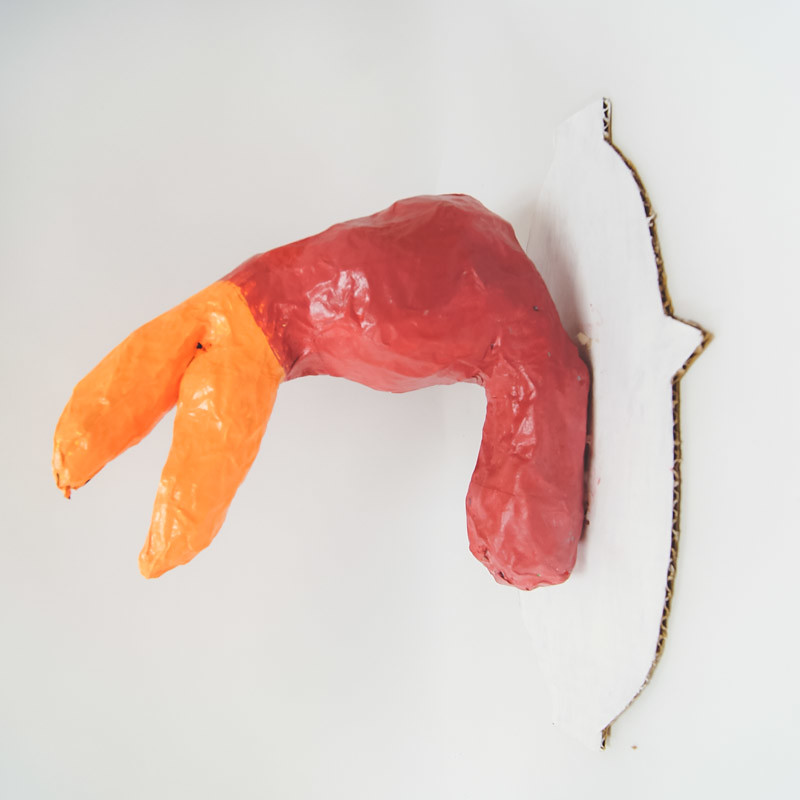 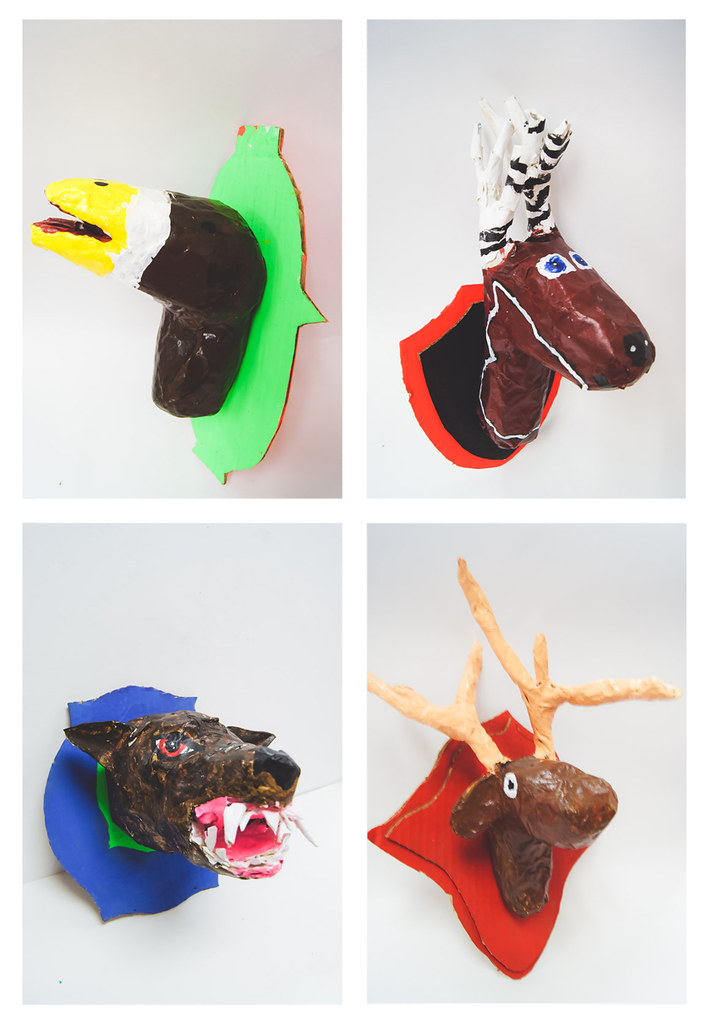 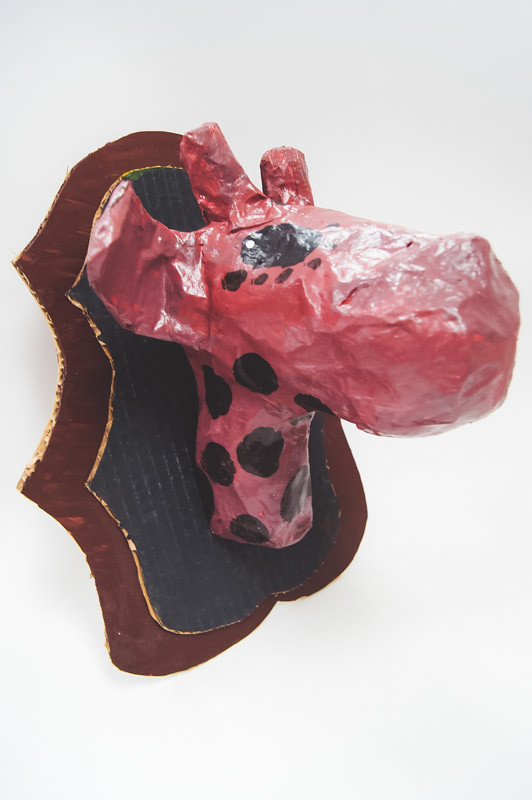